November 12, 2016 – The performance of the VMS drama production “Robin Hood” on Friday, November 11th was a huge success. The Elementary students stunned the sold-out crowd of parents, extended families and friends with an amazing show at the Old Stone School in Hillsboro. Village Montessori School’s Anni Bryner wrote the entire play and had been practicing with the students for months. The annual drama production is one of the highlights of the VMS school year. As every year the announcement for next year’s play came after the conclusion of Friday’s performance: ‘A wrinkle in time’ will be the title of next year’s show! 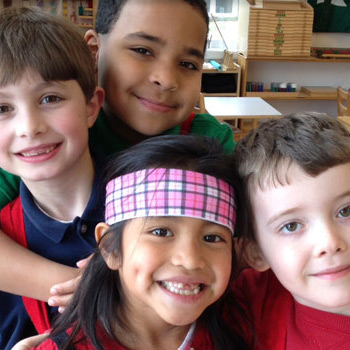